Colon cancer is the third most commonly diagnosed cancer and the second leading cause of cancer death in men and women combined in the US. The American Cancer Society estimates that 142,820 people will be diagnosed in 2013 and that 50,830 will die from colon cancer in the United States.  Over 90% of those diagnosed when the cancer is found at a local stage (confined to colon or rectum) survive more than five years. Once the cancer is diagnosed at a regional stage (spread to surrounding tissue) that rate drops to 69%. When the cancer has also spread to distant sites, only 12% of those diagnosed will reach the five-year survival milestone. 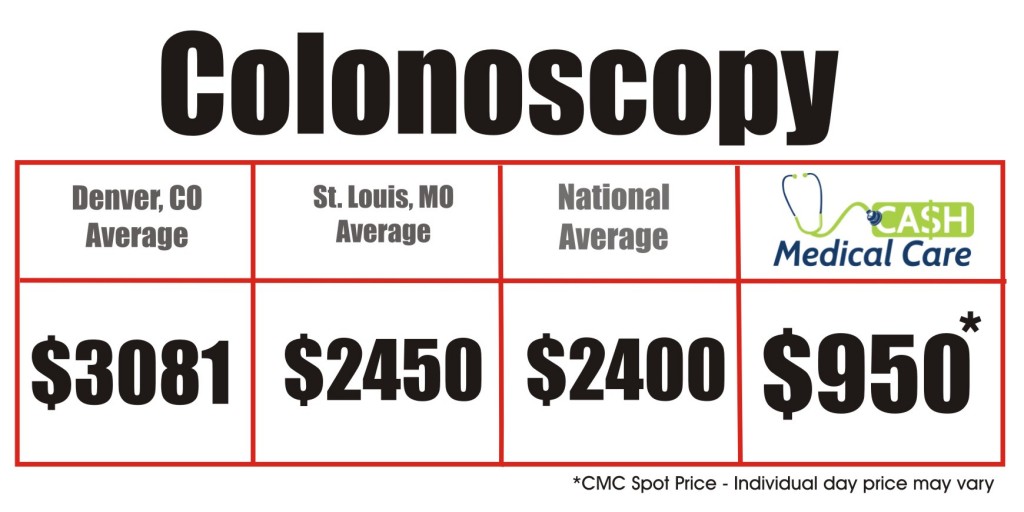 Buy NowColonoscopy   is a procedure that lets a doctor closely look at the inside of the entire colon and rectum. The doctor is conducting the exam to locate potential polyps which are a signs of cancer. Polyps are small growths that over time can become cancer. The doctor uses a thin, flexible, hollow, lighted tube that has a tiny video camera on the end. The colonoscope is gently eased inside the colon and sends pictures to a TV screen.

The exam itself takes about 30 minutes. Patients are usually given medicine to help them relax and sleep while it’s done. Colonoscopy is almost always done by a doctor, usually a gastroenterologist (a doctor whose specialty is the digestive tract) or a surgeon Colonoscopy is done in a private area; it may be a hospital outpatient department, a clinic, an ambulatory surgery center, or a doctor’s office.

Preparing for colonoscopy makes you to go the bathroom a lot!  You usually start your preparation a day or 2 before the actual test. You’ll need to be near a bathroom as soon as you start the laxatives.  Many people consider the bowel preparation (often called the bowel prep) the worst part of these tests.

The test is looking for polyps. A colon polyp is a small clump of cells that forms on the lining of the colon. Although most colon polyps are harmless, some become cancerous over time.

Anyone can develop colon polyps. But you’re at higher risk if you’re 50 or older, are overweight or a smoker, eat a high-fat, low-fiber diet, or have a personal or family history of colon polyps or colon cancer.

Usually colon polyps don’t cause symptoms. That’s why experts recommend regular screening. Colon polyps that are found in the early stages usually can be removed safely and completely. Screening helps prevent colon cancer, a common disease that’s often fatal when it’s found in its later stages. If a small polyp is found, your doctor will probably remove it during the test. It’s sent to a lab for a doctor to look at under a microscope and check for cancer or pre-cancer cells.

Buy NowRemoving polyps can help prevent colorectal cancer from ever starting. Nine out of 10 people whose colon cancer is discovered early will be alive 5 years later. And many will live a normal life span.

Most insurance plans will cover colonoscopy screens starting at age 50 and continuing every 2, 5 or 10 years depending on your plan.  For some people this isn’t frequent enough. That’s where CashMedicalCare.com can come in.  We’ve negotiated with gastroentologists to bring you the best cash price possible for a colonoscopy procedure.

How much does a colonoscopy cost on average?

Prices for colonoscopies vary greatly depending on the city and facility you go to. You have to keep in mind that a colonoscopy results in the patient being billed by 3-4 different entities. A patient should expect bills from:

4) Removal of polyps and biopsies

The fixed price does NOT include:

1) Pathology. If polyps are found and removed, the physician may have them sent to a pathology lab to test for cancerous cells (malignancy). The patient will be responsible for pathology charges from the lab. Pathology lab fees are also discounted for our patients and usually cost $100-$150. There is a 30% chance a patient will have pathology.

2) Consultations. Consultations are not required through the program. However, the patient is responsible for any pre-procedure or post-procedure consults that they request.

3) In the event that the patient prefers a method of sedation different than the standard offering, they will be responsible for the associated charges.

That is fairly typical: in Keene, N.H., Matt Meyer’s colonoscopy was billed at $7,563.56. Maggie Christ of Chappaqua, N.Y., received $9,142.84 in bills for the procedure. In Durham, N.C., the charges for Curtiss Devereux came to $19,438, which included a polyp removal. While their insurers negotiated down the price, the final tab for each test was more than $3,500.

No Comments to "Colonoscopy"